There is no doubt I long to protect my integrity, to take care of myself, to limit my exposure to harms way. Problem is, that much like the hidden, unspoken rules of social interaction, boundary setting remains an elusive abstraction, somewhat of an invisible tooth extracted and implanted in my mouth—with no concreteness, no representation, no realness—that I am nonetheless supposed to utilize.

There are several reasons I struggle with understanding, recognizing, establishing, and implementing boundaries.

ONE: There is a general agreement that to understand and incorporate boundaries as individuals we ought to honestly look at ourselves and understand what it is we want. The problem with this line of reasoning is I don’t know what I frickin’ want. I mean I know the basics but, like everything else in my life, if I look too long or too often, I get trapped in the muck and goo of what is the concept of want and what is the difference between want and need; and how do I determine what is most important and least important? And what is ultimately self-centered and selfish and what is not—if anything? And when am I expecting too much from others and life? And what if I am satisfied and don’t want for want? 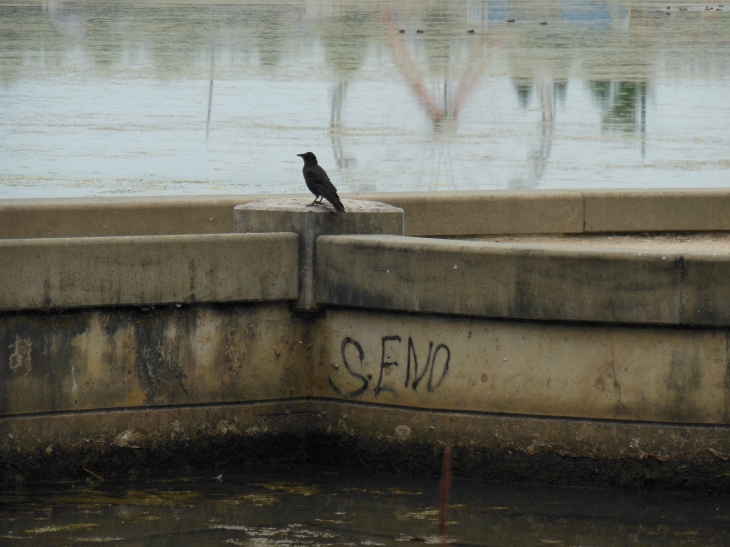 TWO: Another tip for understanding and implementing boundaries is to take inventory of feelings, recognize feelings, acknowledge feelings, and base boundaries on my emotional responses. This is definitely one of those tips not formulated with the autistic individual at heart. To begin with, feelings are extremely confusing. I could write a novel on feelings with each chapter being a new ever changing and transforming emotion. It would be like a Transformer movie—literally. Emotions aren’t logical; I have them, that’s for certain, a plentiful amount. But dang, if they don’t jump out and surprise me time and again! As it is, I don’t know what to expect from them (emotions) nor what to do with them most of the time. Particularly, the toddlers; those sharks of anger, disappointment, let down, and the like—they cause a confusion jungle in my body!

Sometimes it takes days for me to process (through self-expression, hibernating, and deliberating in my brain) before I can identify what (emotion) happened. Trying to base boundaries on my emotions is like trying to base them on little green people who just beamed down. Because that’s how my feelings appear to me: little aliens hiding behind the couch and shouting out “surprise”at random intervals.

THREE: Another suggestion in excavating boundaries is to recognize what causes stress! Bahahahaha! Okay, so let’s just say when you are autistic what causes anxiety is equivalent to the all the luggage hosted by a large passenger plane. And let’s leave it at that. Moving on.

FOUR: Next on the what-to-do list of boundary making: check in with yourself; get in touch with yourself. Okay . . . if you are autistic, maybe you are laughing. For the most part, as a general overall “species,” what I have found in my correspondence with over 10,000 Aspies, is that typically we know ourselves pretty damn well; the challenge and dilemma is not trying to figure out who I am but who someone else is. I understand my brain more so than any “professional” I’ve come across. What it comes down to is I do check in with myself—more than most. I just can’t seem to find the boarding pass to other people.

FIVE: How about listing what you won’t tolerate and/or what is unacceptable and acceptable? What about deciding the boundary ahead of time and writing it down? Hmmmmm. This is a tough one because being who I be I have a natural high tolerance level to life in general. Why? Because every day I have to tolerate about one hundred things in the span of, let’s say . . . the first hour of waking up. I am on sensory- and thought-overload. I just am. I am. I am. I am. Thusly, making the leap about what I shouldn’t tolerate to what I can tolerate, and what is extremely beyond the limits of what I should tolerate, becomes very confusing. In truth as silly as it sounds, I tolerated the bad breath, the hairy mole, the sticky residue on the kitchen floor, that last fart, the unexpected call, the weird stinging sensation in my spine, and on and on. That’s a lot. I can tolerate a lot. I am not sure what I cannot tolerate because I spend so much time tolerating.

Of course, there are the specifics—the extremes. I am good with extremes, at least in recognizing them. For the most part I understand extremes, such as being physically beaten. That won’t do in my life. But that’s something I can see. It’s concrete. I can visualize it. I can feel it. It’s a definite marker. Pinned and done. The rest, the subtle stuff, the toilet seat up, or the more severe stuff (I guess), such as not following through with you word . . . that stuff, the things I cannot visualize or concretely almost touch, I don’t get. I don’t know when enough is enough, unless it literally slaps me in the face. And I don’t know the difference between complaining and setting boundaries.

SIX: One other idea in assisting in setting boundaries is to recognize and establish your core values. I’ve got a few: love, serve, forgive. And I’d likely add to that clan, work on letting go of fear and understand most people are doing the best they can. Those are my core values.

I’m not sure what I am supposed to do with these five things, beyond practice them. I don’t understand how they could be bricks for my imaginary wall of boundaries. At heart, I don’t believe most people “suck” or “are mean” or “are terrible,” at least not on purpose. I tend to think (pending serious mental incapacities to be a “good” person) that most people try their best with what they’ve been dealt. From this line of core values, I find it hard to then pull out what I should say to set boundaries. I suppose I already say, “I love your effort, but please can you do this . . . to assist me.”

But I sometimes wonder if being nice is a curse when it comes to boundaries??? Would it be more effective to say, “Get off your ass and help me!” I don’t know.

SEVEN: It’s advisable to recognize when someone has stepped over your boundaries. This is a dilemma that circles back to not consistently understanding my emotions, not knowing what is substantially causing more stress than something else. In other words, it’s difficult to identify what I cannot tolerate over the masses of all the little troublesome annoyances (tots running about). I cannot readily recognize when someone has overstepped a boundary. I don’t think this is because I am too accepting, or too loving, or too of anything. The fact remains that there is something about the way my mind functions that makes it challenging to spot someone overstepping my limits. It’s my blind spot.

Overall, in considering boundaries, I have this way of reasoning and justifying and finding cause for almost anything (another’s words or action). I don’t know how to turn that reasoning machine off long enough to step back and refer to the nonexistent rulebook of boundaries as a reference guide in inferring what I should say or do to enforce a limit that I am not sure if I set.

In the end, for this Aspie, it comes down to learning how to ask what I need with honesty and good intention, and moving in this world with integrity through the act of not only being authentic but safe-guarding my mind, heart, spirit, and physical body. That’s the best I can do.

15 thoughts on “Why Boundaries are Difficult (Autism)”