My favorite course in college, back in the late-80s, was LOGIC!

Yes! Of course! Indeed! Bravo! Finally something that makes sense in my world!

Abnormal: unusual in an unwelcomed or problematic way

Autism = unusual in an unwelcomed or problematic way

Me = unusual in an unwelcomed or problematic way

My friends and son = Autism

My friends and son = unusual in an unwelcomed or problematic way

Abnormal psychology theorizes people are “abnormal” or “atypical” when compared to the members of a given society.  By nature, the definition of the word abnormal poses a complex paradox (source)

What is normal? Whose norm?

Social norms are defined by the collective. A person’s trait, thinking, or behavior is classified as abnormal if it is rare or statistically unusual. Disorders and abnormalities are a result of comparing the minority to the majority of the citizens in a given society or culture. Norms denote what individuals should or should not do in various social situations. Norms are supported by shared expectations. In other words how the majority believes others ought act and respond. source

But who was elected to decide what is rare behavior? And how do the deciders decide?

The determining point of where to draw the line in the sand of “abnormal” classification is arbitrary.

No surprise that most definitions of psychological abnormality are devised by white, middle class men.

(Tangent: Could explain why women and ethnic minorities are more often than not still treated as hysterical or mentally unstable or violent, and referred to mental health agents or the police, in emergency rooms, when a physical ailment isn’t readily detectable.)

There is a profound impact of culture on disorders. Take for example the following:

Anxiety disorders are some of the most prevalent mental disorders. These disorders are strongly influenced by ethnic, racial, and cultural factors, in part because of culturally dependent variations in the beliefs about the underlying physiology of the illness syndromes and the social context and norms a person is exposed to. . . Although the DSM-5 addresses some of these issues, considerably more research is necessary to understand when and how culture impacts disorders. (source)

Disorders are sometimes diagnosed when an individual is unable to cope with the demands of everyday life. But do you ever ask yourself why they (or we or you) are unable to cope? Environmental pollutants, food intolerance, toxins, toxic people, trauma, abuse, isolation, poverty, loneliness, lack of support, relatives no longer living in close proximity, breakdown of family system and communities, hostile debate and feuding, bombardment of negative news, bullying, no job prospects, little opportunities for quality education, no grocery stores with real food nearby, lack of transportation, poor role models, government and big business lies. . . cross my mind.

Being unable to cope, as a result of being hyper-aware to the hypocrisy and injustice in the world, isn’t an abnormality: it’s sanity. The world can be a cruel place, void of compassion and love, and full of materialism and feuds. Many autistics have been subjected to cruelty. Perhaps distress is set aflame when one peers behind the curtain and beholds a truth that is too scary to take in fully.

And what if the collective of autistics has their own social norms? Does that make autistics normal, but only with their own people?

Which brings me to new empirical evidence ‘Evidence that indicates ‘autistic people’s social behaviour includes effective communication and effective social interaction, in direct contradiction of the diagnostic criteria for autism . . . There is a form of social intelligence that is specific to autistic people . . .’ (I encourage you to check out the research.)

‘Autistics don’t have disorders of communication and social interactions amongst their own people, but more so amongst non-autistics.’

Perhaps non-autistics have a type of ‘mind blindness’ to the way autistics think, feel, and communicate. Yes, we process the world differently and present differently, but just because we are a minority and have challenges doesn’t make us anymore abnormal than the next human being.

In the pages that explore the complex life of gifted individuals, Living with Intensity, psychiatrist, psychologist, physician Dabrowski’s shines a different outlook on developmental psychiatry. An outlook worth considering. [Dąbrowski was a personal friend and correspondent of Maslow’s.]

What if autistics are (the proverbial canaries in the coal mine) reacting to the suffocating harshness and injustice and hypocrisy of the mainstream collective?

Maybe there is too much lack of transparency, too much lying, too much game playing, too much hidden motives, too much ego. What if the abnormal behavior IS the collective and the minority outliers are reflective of a normal to strive toward (in full sprint)?

Perhaps the dreamers, artists, creatives, out-of-the-box thinkers, philosophers, logical little professors, and outcasts have the moral compass the world needs. Perhaps we just need the support of our own kind and to recognize we aren’t alone, that we’re not in the wrong, and that our suffering and outlook is understandable. Perhaps our sensory issues need be addressed by a softer, calmer world, and our executive functioning differences embraced, in hope we might find new answers and new approaches. 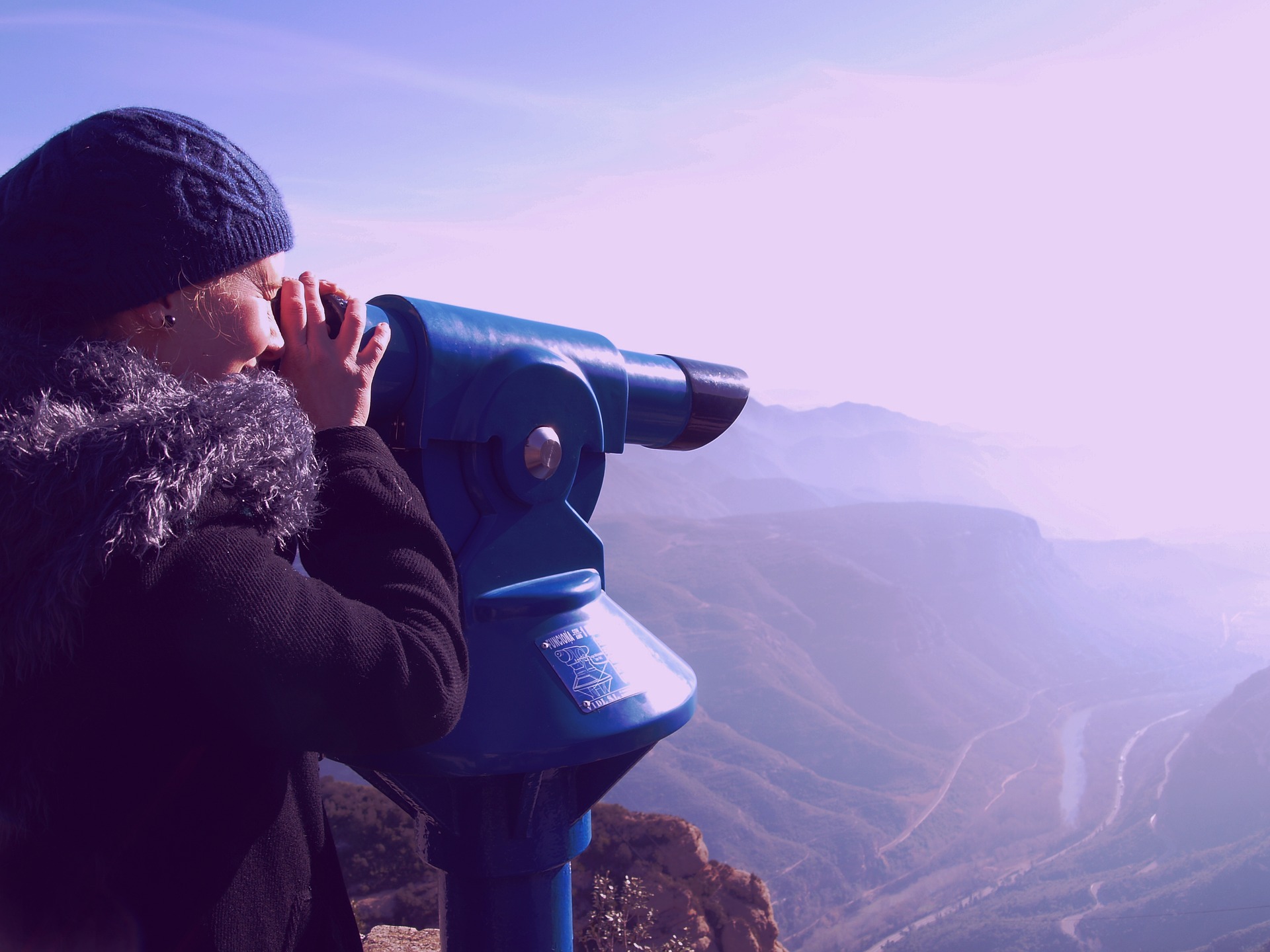 Through a universal scope, when we stand back and heighten our focus, perhaps it is the ‘abnormal’ that have it right.

Video Compliance is not the goal: Letting go of control and rethinking support for autistic individuals. Laurent at TEDxURI 2019

About the author of this blog and other blogs:

Marcelle Ciampi, M.Ed. (pen name Samantha Craft)
Best known for the well-received blog and book Everyday Aspergers. Founder of Spectrum Suite LLC. Since 2012, I have corresponded with 10,000+ autistics. A former schoolteacher, I’ve been published in peer reviewed journals, been featured in autistic literature and books, and have completed several graduate-level courses in the field of counseling. Some of my works, especially The Ten Traits, have been translated into multiple languages. Samantha Craft’s Autistic Traits checklist has been shared in counseling offices around the world. Everyday Aspergers (Your Stories Matter, 2018) has received strong reviews, including praise from bestselling authors Steve Silberman of NeuroTribes and Ned Hayes of The Eagle Tree. I am a contributing author to Spectrum Women: Walking to the Beat of Autism (Jessica Kingsley Publishers 2018). My latest trainings and writings focus on best practices related to diversity, equity, and inclusion in the workplace. Please follow us on Spectrum Suite LLC on Linkedin or see. myspectrumsuite.com. #ActuallyAutistic on Twitter @aspergersgirls.

“Everyday Aspergers is an unusual and powerful exploration of one woman’s marvelously lived life. Reminiscent of the best of Anne Lamott, Everyday Aspergers jumps back and forth in time through a series of interlocking vignettes that give insight and context to her lived experience as an autistic woman. The humor and light touch is disarming, because underneath light observations and quirky moments are buried deep truths about the human experience and about her own work as an autistic woman discerning how to live her best life. From learning how to make eye contact to finding ways to communicate her needs to being a dyslexic cheerleader and a fraught mother of also-autistic son, Samantha Craft gives us a marvelous spectrum of experiences. Highly recommended for everyone to read — especially those who love people who are just a little different.”Ned Hayes, bestselling author of The Eagle Tree

“Samantha Craft has put together a series of personal stories which offer an amazing insight for Aspergirls specifically. Her journey of acceptance, inclusion, and understanding of her own identity is inspirational and I will share this book with all of my clients on the spectrum. I am beyond impressed with her journey and her commitment to sharing her personal life with other people on the spectrum. Amazing work!” Frank Gaskill, Ph. D., author of the graphic novel Max Gamer, a contributing author to The Walking Dead Psychology, and Star Wars Psychology: The Dark Side of the Mind. He is also the host of the Dr. G. Aspie show

7 thoughts on “Autism: Outside the ‘disorder’ box”